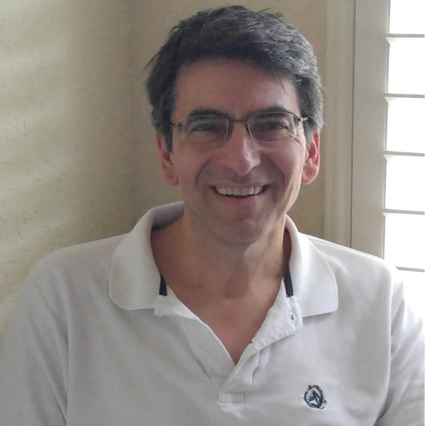 I want to say Hi to everyone out there in the land of Silver Beans Café. I’m Royal and I would like to welcome back an author who SBC had the pleasure of sitting down with last year, D.R. Willis.
Thank you D. R. for returning to update us on what’s been going on. Let’s start with this:
​
WE SPOKE TO YOU BEFORE, CAN YOU UPDATE US ON WHAT IS HAPPENING WITH YOU NOW?

First, thank you so very much for asking me for a follow up interview. I had a ton of fun the first time around! I am currently waiting for a London publisher to release my book, Lonely Shadows, sometime next year. And as I’m waiting for that to happen, I am writing the sequel, which I will self-publish.

CAN YOU PLEASE REFRESH THE SBC AUDIENCE WHAT GENRE YOU WRITE AND WHAT ARE THE TITLES OF YOUR BOOKS?

I write mystery/suspense.  My titles are, Lonely Deceptions, In Shadows, Cascading Lies and Stealing Home.

I KNOW JUST LIKE ME THE SBC AUDIENCE WANTS TO KNOW WHAT ARE YOU CURRENTLY WRITING?

My works in progress are The fourth Book and As Long As Forever.

WHAT WOULD YOU SAY IS THE MOST REWARDING ASPECTS OF WRITING?

I have to say, after all is said and done, the most rewarding is when a reader comes back and tells you how much they liked your story. Then I’m walking on cloud nine for the rest of the day.

THIS IS ALWAYS INTERESTING TO FIND OUT BECAUSE EVERY AUTHOR HAS HIS OR HER METHOD, D. R. WHAT’S YOUR PROCESS OF SELECTING NAMES FOR CHARACTERS?

I usually go back in time to see what names were around when my character was born. That most always works for me.

WHAT IS ONE BEHIND THE SCENES THING THAT HAPPENED WHILE WRITING ONE OF YOUR BOOKS?

In Stealing Home, one of the characters started out as being a very nice person. Well, let’s just say after writing a couple of chapters I decided they should turn to the dark side.

D. R., WHAT IS SOMETHING FUN THAT YOU ARE DOING RIGHT NOW?

I’m doing an oil painting. Landscape to be specific.

WHAT IS ONE OF YOUR FAVORITE GENRES TO READ?

Lately, I have to say romance, even if it’s not my genre.

WHAT IS ONE THING THAT YOU WANT TO SAY TO ANYONE THAT READS YOUR BOOK?

I hope you like it? But seriously, I would say to always expect a lot of twists and turns.

READY FOR A LITTLE FUN D.R.? THIS IS WHAT WE AT SBC CALL OUR LIGHTENING ROUND. PLEASE ANSWER THE FOLLOWING IN ONE WORD IF YOU CAN.

MUSIC YOU LISTEN TO WHILE WRITING

Those are great books! (Royal)

WHOA, ALL THAT WAS FUN. NOW CAN YOU TELL US D. R. , HOW DO YOU FEEL WHEN YOU RELEASE A BOOK?

Excited and relieved at the same time.
​
​COMING TO THE END HERE D. R. WE WOULD LOVE TO KNOW WHAT’S NEXT FOR YOU?

WHAT IS THE NAME OF YOUR UPCOMING RELEASE?

WHAT SHOULD PEOPLE EXPECT TO SEE FROM YOU IN THE FUTURE?

AND OF COURSE D. R., WE WANTED TO LET THE READERS KNOW HOW THEY CAN :

Fresh out of Georgia college in the summer of 1961, Becky Taylor aims to prove to her mother she can survive in the world on her own. Determined to become a journalist and start a life away from her New Jersey family, especially her older sister Amelia, she lands a job as a junior reporter for the Farmstead Gazette.

Unfortunately, her happy news is shadowed by the death of someone she dearly loved.

Despite her grief, Becky befriends the Mudhogs’ handsome first baseman, Joseph Tonti, and Becky’s heart is seemingly on the mend. But it isn’t long until she’s caught in the middle of a series of murders targeting people she has interviewed for the Gazette, turning her little world upside down.

Can Becky survive the unfolding events of her new home long enough to reveal the truth?

And can she ever truly find her way home?
​
IN SHADOWS

It is 1946 as Roth Braun makes his way through a dense forest in Thailand to reach a camp. Once he arrives, he kills its Japanese occupants and rifles through their belongings until he finds what he wants: a mysterious package left to him by his father. As Roth heads back toward his boat, he knows that even in death, his father is still attempting to dictate his life.

In the midst of a harsh New Jersey winter, Nelson Davis has returned from war and buried both his parents—but not before promising his dying mother he would take care of his older brother, Christopher. Determined to fulfill her final wish, he invites Christopher to partner with him in opening a chocolate store. Instead, Christopher heads to Georgia, where he contacts Savannah Times reporter, Rose Blake, and asks her to print a mysterious list of names somehow connected to Roth Braun, setting off a chain of events that leads Braun’s fiancée and a PI on a wild goose chase and Nelson on a dangerous quest to investigate Christopher’s puzzling death.
​
In this exciting prequel to Lonely Deceptions, the last surviving member of a family teams up with a beautiful newspaper reporter to weave through a maze of perplexing clues that lead him down an unexpected path to the truth.
LONELY DECEPTIONS

When Nick Davis, a forty-something small town machinist, spots an intruder’s shadow through the mist of an early morning storm, he is oblivious that the seemingly random occurrence will lead him on a path that will change his life forever.

After Nick accidentally overhears a conversation between Lou Evans—his boss and the owner of Lou-Paul Machine Shop—and a mysterious person, he unwittingly becomes a pawn in a game of international proportions. When Lou gruffly asks him to take possession of prototype blueprints, Nick has no idea that the blueprints contain a dark secret—a secret with the potential to kill. Combined with unwanted attention from a local police officer as well as a skeletal, dangerous former FBI agent, Nick’s normal life is suddenly not that at all, and no one can guarantee his safety—not even the beautiful FBI agent who has been assigned to the case.
​
Lou may not be who he says he is, and, unfortunately for Nick, his downfall may be that he is the best machinist around and the only one Lou can count on to help him carry out a perilous mission.

​Nick Davis is a survivor. First, there’s his family history that’s practically cursed, all thanks to a mysterious man named Roth Braun and the death of Nick’s uncle. Then, there’s his personal life, as Nick was recently pulled into an international ring of dark secrets that almost took his life. He sees disappearance as his only option at a clean slate.

Nick changes his name and location in an attempt to escape the bad luck that’s been following his family for decades. However, his attempt proves futile, as even in his new locale, everyone is out to get him. He makes the acquaintance of Jane—a troubled woman he can’t resist helping—and their relationship soon turns romantic, despite secrets they both hold tight.
​
Yet, the ghost of Roth Braun still lingers, as do other past indiscretions. The new life Nick hoped to build is wrought with terror and death. He can’t identify friend from foe, so he’s on the run for his life—but he won’t leave without Jane, who has some serious troubles of her own. Will Nick ever escape the horrible secrets of his past, or will he become their prisoner until he, too, becomes another ill-fated memory?

Thanks again for having me. This was a lot of fun!

Thanks you, D. R. Willis for stopping back in. We had a great time as well catching up with you.

It seems like you had a lot of things go in during the last year that we were all happy to hear about. I know that like me the Readers here at SBC wish you all the best in the future. I’m sure they also can’t wait for your upcoming releases.

And to the Audience here at SBC. Thanks for coming by and reading about this wonderful author D.R. Willis. We will continue to bring you interviews featuring awesome writers in the future. Until next time, Royal.

DAVID WILLIS for chatting with us!

David is a real life Willy Wonka aka his is an experienced chocolatier!
Looking...

for a good book readers. Check out 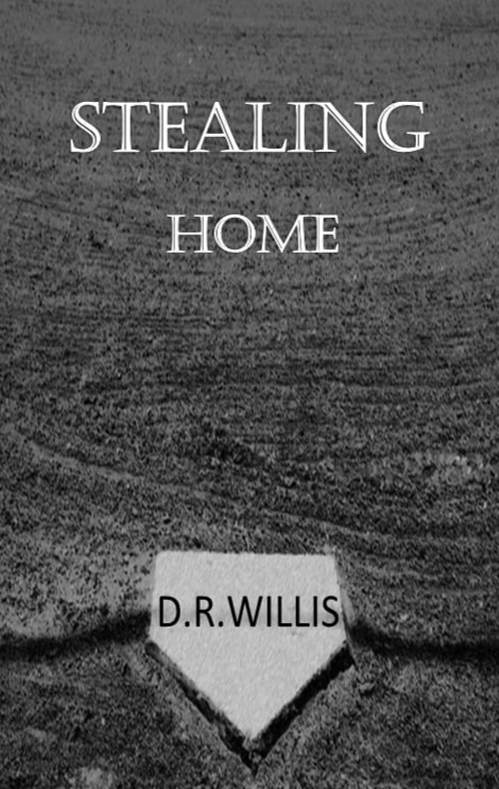 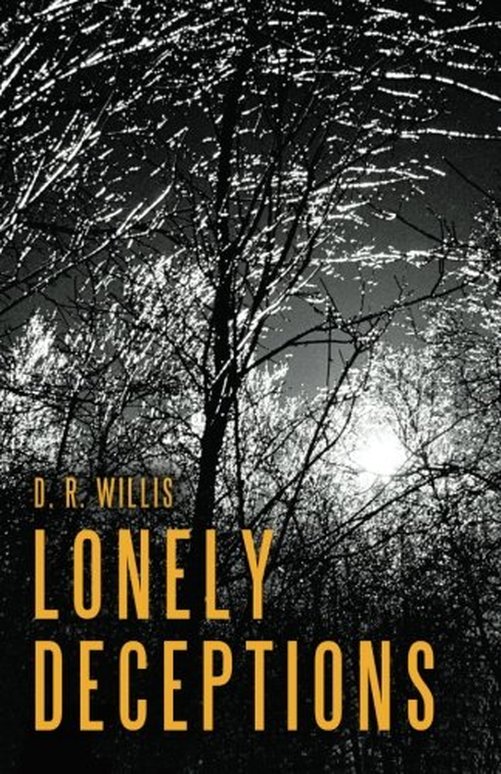 IN SHADOWS by D.R. Willis 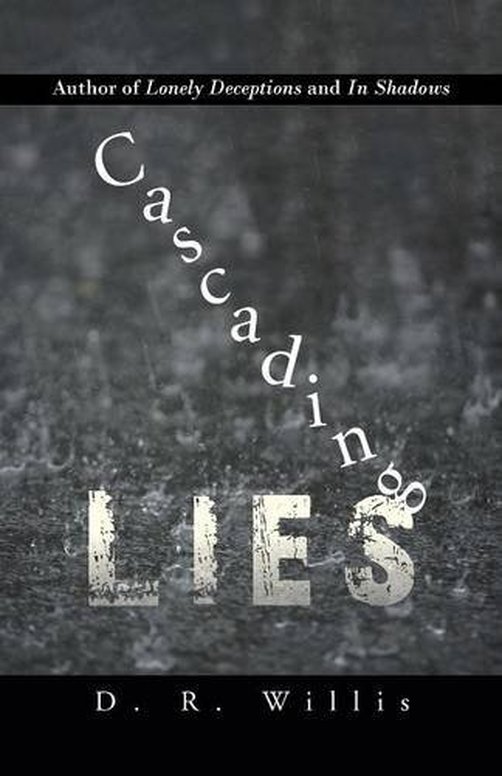